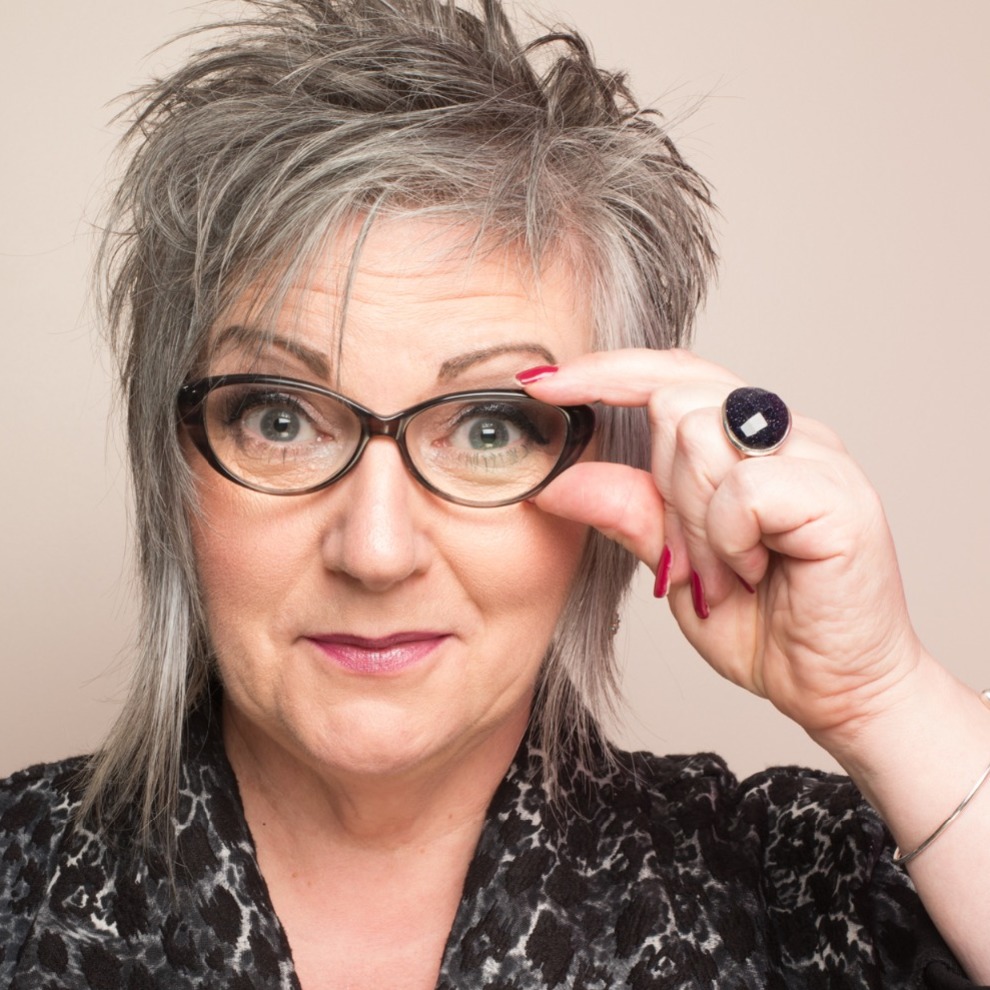 I used to love watching Gok on the telly when his How to Look Good Naked show first aired back in 2006. Since then he’s managed to garner an enormous following of middle-aged women who absolutely love him and hang on his every word. He seems like a really lovely, genuine guy.
He does all kinds of other stuff these days too; he’s diversified into writing and has been published internationally in all kinds of magazines, he’s presenting his own cooking show, he’s started DJ’ing and in 2019 he made the honours list and received an MBE for services to fashion and social awareness.
As we are both in the business of helping women feel good about themselves using great styling as the vehicle I thought I’d create a list…

Things I have in common with Gok Wan

1. We are both Librans (I’m 10 years older than him though)
2. We both have connection with the East Midlands. (He’s from Leicester, I live in Nottingham.)
3. We both have female French Bulldogs. (He has Dolly, I have Ruby.)
4. We have both trained as make-up artists. (He loves the bronzing balls though.)
5. We are both good at cooking. (He’s added his own cooking show to his repertoire.)
6. We both have issues with our weight. (He’s taken up running recently and lost a load of timber.)
7. We have both been on TV (He’s been on telly A LOT more often than I have though obvs)
8. We are both compassionate and have empathy around struggles with body confidence.
9. We are both passionate about helping women feel good about themselves and making minimum effort for maximum impact with clothes.
Things we don’t have in common – being a household name and a reported net worth of $1.5m.

Comparisonitis is the killer of self worth

I’ve been compared to him several times by clients/followers but, as Theodore Roosevelt famously said, ‘Comparison is the thief of joy’ and if I focus on all the things Gok has achieved and compare myself to him, I begin to feel very unsuccessful. Which could, in turn, lead me down a path of despair resulting with the dis-ease of ‘comparisonitis’. Not good.
Comparisonitis is the killer of self-worth, you start to really focus on what you haven’t got/done/are rather than what you have. It’s the opposite of gratitude. It leaves you with a sense of lack rather than abundance and a can suck the happiness out of you.
It’s a destructive pastime -nothing good can come of it unless you harness the negative energy and turn it into a motivator. I could, instead, see Gok as a role model and be inspired by him as I would love some of the opportunities, he’s had the experience of and to be able to impact so many lives as he has in a positive way.

In my work, I often hear women comparing themselves with others, usually it’s to do with their body – boobs too big/too small, legs too short/too long, too curvy, not curvy enough etc. We are never happy with what we have. Women will often start their adventure with me focussing on what they don’t like. Some things we CAN change if we want to put the effort in, like losing weight, for example. In this case they could look to someone for inspiration, like me with Gok.
Sadly though, no amount of aspiring to change is going to make us grow in height. We need to accept that we can’t lengthen our legs or make our necks longer etc. We can, however, dress in such a way that we camouflage the bits we aren’t too happy with and attract attention to our ‘best’ bits. Learning a few tips and tricks around these optical illusions is a bit like being a magician and distracting the audience so they only see what you want them to see.
THIS is where the concepts around FFS (Figure Flattering Styling) and understanding which shapes/styles/fabrics suit your particular body shape best start to make you feel empowered and elevate your confidence. Once you’ve learned this stuff you have guidelines to follow. You can trust yourself to make informed decisions about which style trousers to avoid because they make your bum look bigger. There are no doubts about whether that shape of dress makes your waist appear smaller.

I encourage my clients to journal their experience, tracking the changes so that they can look back and see how far they’ve come. They start becoming more comfortable in their own skin, have an air of confidence, walk taller and own the room. No need to be envious of the willowy, coat hanger model type who looks great in a flowing summer dress because you know what works brilliantly for your 5’3” curvy frame.
You know that I believe that you deserve to look good and feel amazing regardless of your age or body shape. I understand that you don’t have your own personal stylist to dress you every day so I share my top style secrets on the last Friday of each month at a free masterclass, the topics vary. You can check the details on my Facebook page. Let me help you make a start on changing your relationship with your appearance. There's always time for chat and questions at the end and everyone who registers gets discount coupon codes.
You can stop mindlessly browsing the clothes shops, and instead, be focused and able to choose clothes that are not only appropriate for your unique body shape, but make you look and feel amazing too!
Tagged as: Confidence, Love Yourself
Share this post: