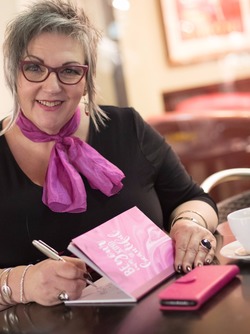 Back to all posts

In December 1999 I was very heavily pregnant. Waiting for a baby that should've been born in November. I thought someone was playing a joke on me and he wasn't ever going to come out. I'd gained almost 5 stone in weight and my boobs were like a couple of shiny watermelons. I was so uncomfortable. I'd had heartburn since the fourth month of pregnancy; it had started literally once the morning sickness passed. Liquid Gaviscon was my friend for the duration and I never went anywhere without it in my handbag. 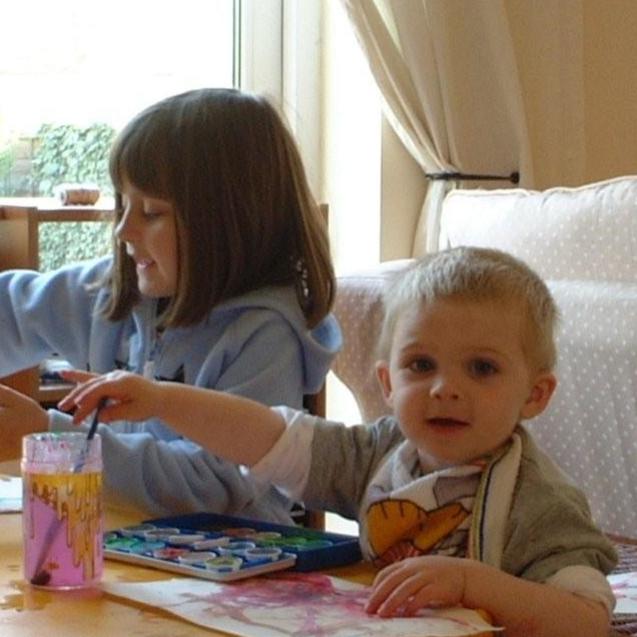 Reluctant to be born
I ended up being induced 10 days after my due date. Even then he was reluctant to be born. Finally, with the intervention of forceps I delivered an 8lb 10oz baby boy with tufty blonde hair and beautiful big blue eyes. He was just perfect and I fell immediately in love with him.
Life changer
The reason I'm telling you about all this is because it was the ultimate life changing time. Having a baby changes everything about your life. If you are a parent you'll know from experience. Your priorities change and what was once important becomes less so. I had planned on going back to my college lecturing job just 3 days a week after maternity leave. That never happened, I couldn’t face leaving him with someone else looking after him while I commuted 140 miles a day to look after and teach other people’s kids.
Not sensible but perfect
As the main breadwinner of the household this was probably not the most sensible decision I’ve ever made. We had no savings and credit card debts – oops. This is where the Virgin Cosmetics Company came into my life. That’s a story for another day but suffice to say that it was a perfect solution and my main source of income for 8 years.
Read more

What size is PLUS Size? In Nov 2015 I put it out there in various social media groups that I belong to and asked ”at what size do you consider plus size to start?” 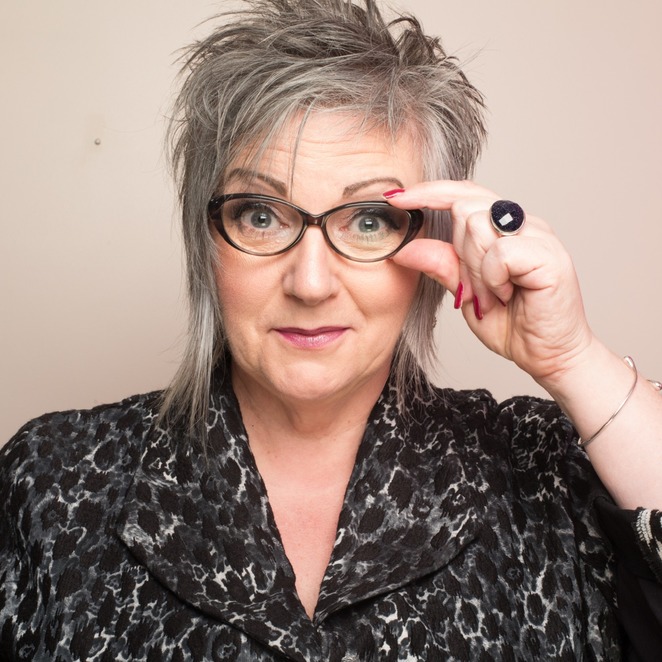 My question was for market research purposes, not to be controversial or start a debate. Someone had suggested I ought to use the term in my marketing and was curious to see what people thought. I got quite a few responses and it seems to be a subject that ruffles feathers and divides opinion. Some people find the term offensive, mean and rude, others see it as an alternative term for unhealthy.
Is it a classification or an insult?
I personally don’t like it but it seems to be the recognised term within the fashion industry. If I’m looking for clothes online I Google ‘plus size’. The answers I got ranged from size 14 upwards but most people thought size 20 was the starting point. Is it just a term to describe a body shape? Like short, tall, athletic, curvy etc? Some of the people who responded were apologetic, as if they were worried about offending people. Others thought it might be better to use terms that seem less derogatory.
Are you normal?
I wonder why it is seen as a negative term? If you look for the dictionary definition of the word plus it has quite positive connotations… Advantage, asset, higher end of the scale, extra, a perk, prerequisite. It also says it can refer to larger than normal size in women’s clothing. What’s normal? Is it the same as average? Because the average woman in the UK is a size 16, 5ft 3″ and weighs 11 stone apparently.
Read more

How to Prevent Thigh Chafing

It’s hot, hot, hot and you want to stay cool.Long floaty maxi dresses are great, but for many of us (who don’t have a thigh gap) hot weather and dresses just don’t cut it because of the hell that is often referred to as ‘chub rub’, inner thigh chafing. 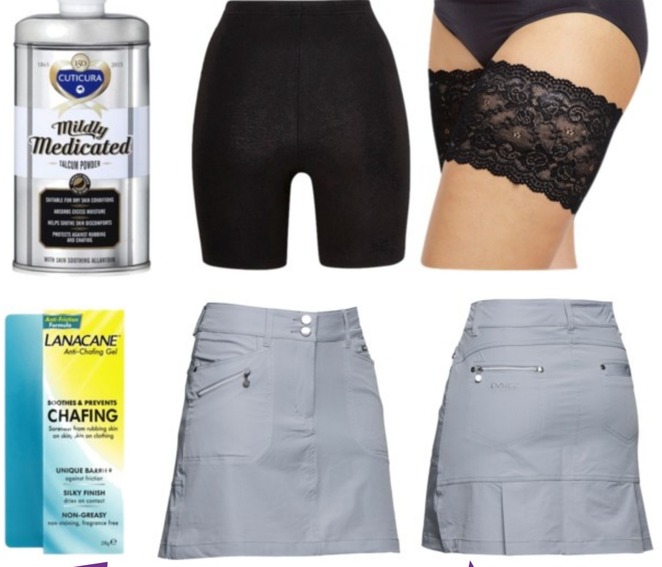 If you suffer from this you know how uncomfortable it can be.
Me and my trusted gang of researchers in the Let's Chat Wardrobe Wobbles group on Facebook have been on the interweb for you and found a few possible solutions that might help widen your wardrobe choices this summer and beyond.
Talc/talc free alternatives
A low cost, portable option that your nana might have used back in the day
https://www.amazon.co.uk/s/ref=nb_sb_noss_2?url=search-alias%3Daps&field keywords=talc&rh=i%3Aaps%2Ck%3Atalc
Longline pants/cycling shorts
Not the sexiest thing in the world but neither is red raw skin
https://www.amazon.co.uk/dp/B07BQPFRFX/ref=cm_sw_r_sms_awdb_t1_azmrBb8XVFE8E
https://www.amazon.co.uk/Futuro-Fashion-Cotton-Leggings-Over-Knee/dp/B00YETUUNK/ref=sr_1_10?ie=UTF8&qid=1469109644&sr=8-10&keywords=anti+chafing
http://www.yoursclothing.co.uk/knickers?filter=true&categoryid=16296
Bandalettes
The ‘sexy’ solution - make sure you order the right size though or they roll up or fall down
https://www.amazon.co.uk/s/?ie=UTF8&keywords=bandelettes&tag=googhydr-21&index=aps&hvadid=40268431926&hvpos=1t1&hvexid=&hvnetw=g&hvrand=3771311352965205309&hvpone=&hvptwo=&hvqmt=b&hvdev=c&ref=pd_sl_7s2o9cazis_b
Read more

How Weight & Self Esteem Can Be Closely Linked

Do you know Tryer Tracey? She’s always on a diet of one kind or another. 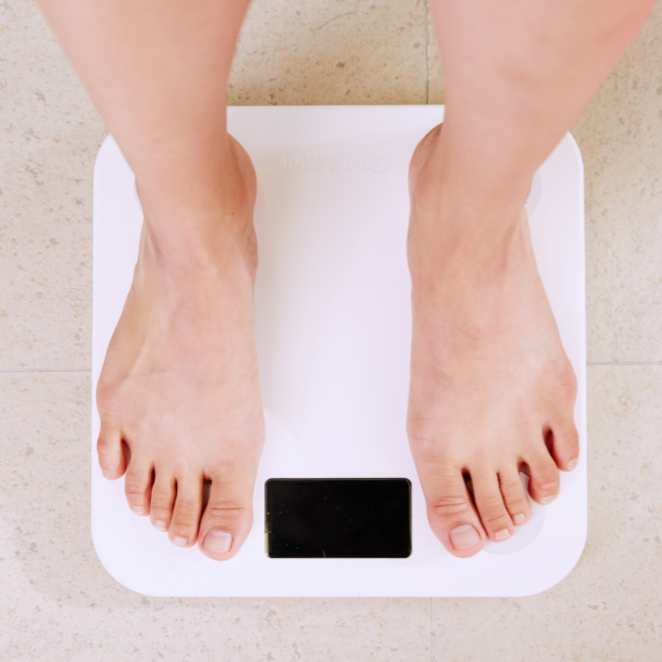 She’s tried WeightWatchers, Slimming World, Rosemary Conley, 5:2, the F Plan, Cambridge, Lighter Life, Cabbage Soup, Dukan, Paleo, Slimfast, Atkins…you name it. She’s even been for hypnotherapy, had her thyroid checked, wonders if she’s got a slow metabolism and heavy bones…Bless her, it doesn’t matter what she tries, she can lose weight but then just can’t keep it off. But you know what? She’ll never give up trying because she REALLY wants to lose weight....She wants to lose weight so much she’d do anything, but life keeps getting in the way..
It’s October now, it’s half term next week and she’ll have the kids off school. They’ll need entertaining, that means days out and treats, they love pizza hut and the lunchtime deal is really good, the dough balls are delicious too. She’ll just have the salad though (those bacon bits make it worth it) and a diet coke, then perhaps nick a slice off the kids. The kids have pick and mix at the cinema but she resists and just has popcorn because that’s better for you.
Halloween is a nightmare these days too! Where did the trick or treat thing and big parties come from? She just had a hollowed out swede as a Jack O’ Lantern when she was a kid.
The supermarkets don’t help either, putting those big tins of chocolates on offer. She buys them to give to the kids on the estate when they come knocking –one of them is just full of empty wrappers by the 28th. It’s just the odd one here and there with a coffee and before you know it – gone. The tins are getting smaller every year though too.
Read more
Our site uses cookies. For more information, see our cookie policy. Accept cookies and close
Reject cookies Manage settings