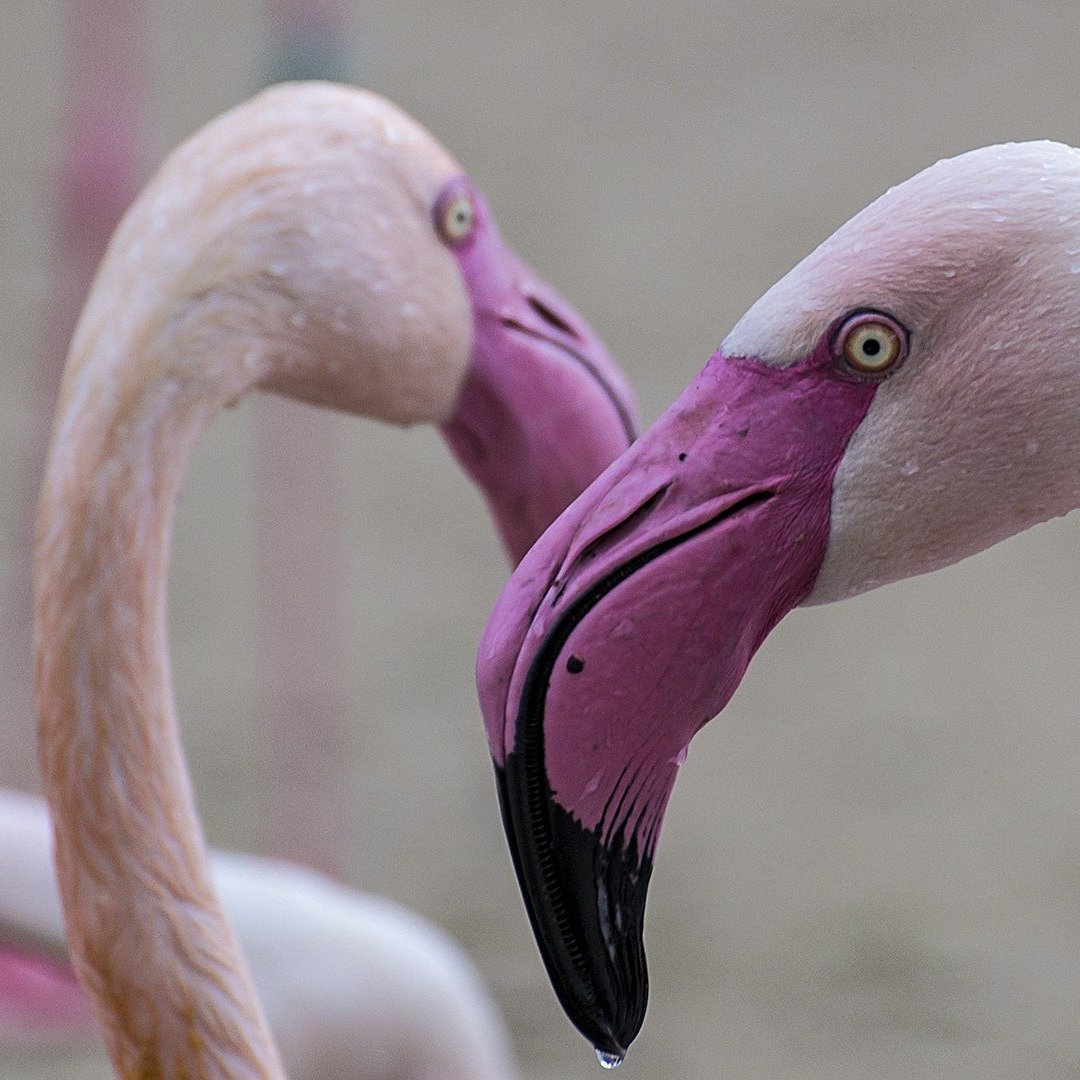 What do flamingos symbolise?

The flamingo wallpaper was symbolic of rebirth

So, what IS with all the flamingos Lisa?
I am a flamingo lover. My house is full of them. People send flamingo related items to me in the post. I get given flamingo related gifts. I walked into our wedding ceremony to Pretty Flamingo by Manfred Mann and we had flamingo toppers on our wedding cake. They have become a big feature in my life over the past nine years and are now part of my business branding. Here’s the back story…
In the spring of 2013, I experienced trauma that completely side swiped me. I was spinning plates and desperately trying to stop them from crashing to the ground. But they did. I needed to rebuild and rise like a phoenix from the ashes. Instead of a phoenix though, flamingos became symbolic of that rebirth. It started with my bedroom wallpaper.

A flock of flamingos is called a flamboyance

I’d always liked flamingos. They are kitsch, synonymous with mid-century design that I’ve always loved. However, I’d dumbed down my personal taste and compromised in the 23 years I was with my ex. Our home was much more conventional in its décor than I would’ve ever had at one time.
When we separated, I decided I would reclaim the décor. I fell in love with some pink flamingo wallpaper and just HAD to have it. I spent far more than I could afford on 3 rolls and my sister hung it for me. A friend decided that it was symbolic in more ways than one as she said the words ‘Flaming Go!’. I still have the wallpaper and it still gives me a little buzz of excitement every time I look at it.
Once I’d invited the flamingos into my life they proliferated.
A year or two after I’d spent an arm and a leg on the wallpaper, flamingos seemed to be on everything! They had a massive rise in popularity, and it seemed that you couldn’t turn around in shops without there being something with a large pink bird with backward bending knees on it.
So, as the years have gone on my flock of flamingos has grown; a group of flamingos is actually called a flamboyance did you know? I see this as fitting. As my identity had been lost somewhere along the way I’d become less and less flamboyant and become more mainstream in my clothes and how I decorated my home. I’d become more mediocre. I’d felt drab and boring. Fat fed up and frumpy at one particularly low time.

Why flamingos are pink

Once I’d reclaimed my identity, dyed my hair magenta, added pink and glitter and leopard print more obviously into my life I felt like I was finding myself again. I was once again unique, standing out from the crowd. I was no longer anonymous. I felt like a flamingo amongst the flock of pigeons.
Interestingly, flamingos are actually ‘ugly ducklings’ when young. It takes a while for their glorious pink plumage to appear, and it fades if they don’t look after themselves properly by eating crustaceans. Just goes to show that you are what you eat!
Then I rebranded my business a few years ago to Lisa Newport style, the logo even incorporates my handwriting. Moving over to my actual name for my business was another step towards me owning who I am, reclaiming my identity and saying ‘this is me’ – not hiding behind a brand name. It seems that when people see flamingos now, they think of me.

What is a spirit animal?

In certain spiritual traditions or cultures, spirit animal refers to a spirit which helps guide or protect a person on a journey and whose characteristics that person shares or embodies. Or, as in my case, is also metaphor, for something a person relates to or admires.
I recently discovered that if you identify the flamingo as your spirit animal you tend to be an open book, open minded, a collaborator, in tune with your emotions, wearing your heart on your sleeve, you appear expressive, flamboyant and fun – I’d say that pretty much sums me up. Except the flamboyant bit of course – lol!
More recently with the launch of the FAB Network the flamingo spirit animal is even more fitting. They thrive in large groups and form strong bonds, valuing individuality yet are true extroverts, enjoying the sense of belonging to a tribe of likeminded peers. However, it is about the quality of relationships that matter rather than quantity.

What do flamingos symbolise in various traditions

According to worldbirds.com it symbolises various things in different religions and traditions:
🦩Aztec – symbol of love and passion
🦩Christian & Judaism – speaking your truth
🦩Indian – purity, wisdom, divinity and enlightenment
🦩Greek – life, death, rebirth and transformation
When I started researching around the symbolism of flamingos I went down a spirit animal rabbit hole! I’ve only scratched the surface here.
I’m really pleased with what I discovered as it’s clear that the flamingos are completely in alignment with me and the purpose of my business. I feel like I’m gaining more and more clarity as time goes by. This makes me really happy.

Here's where I'm currently at ...
I'm empower AMAZING women to PROUDLY embrace their authentic selves through personal style, brand and the FAB Network.
Follow me on social media for content around:
🦩Becoming more visible & showing up in your power
🦩Feeling confident that you look the part (whatever that means to you)
🦩 Fully embracing the true you
All of this is a big reminder that it’s all about the journey. You know where I am if you’d like my help for yours.
Fabulous
Ladies
Always
Make an
Impression &
Never
Get
Overlooked
Tagged as: Community, Love Yourself, Personal Brand
Share this post: