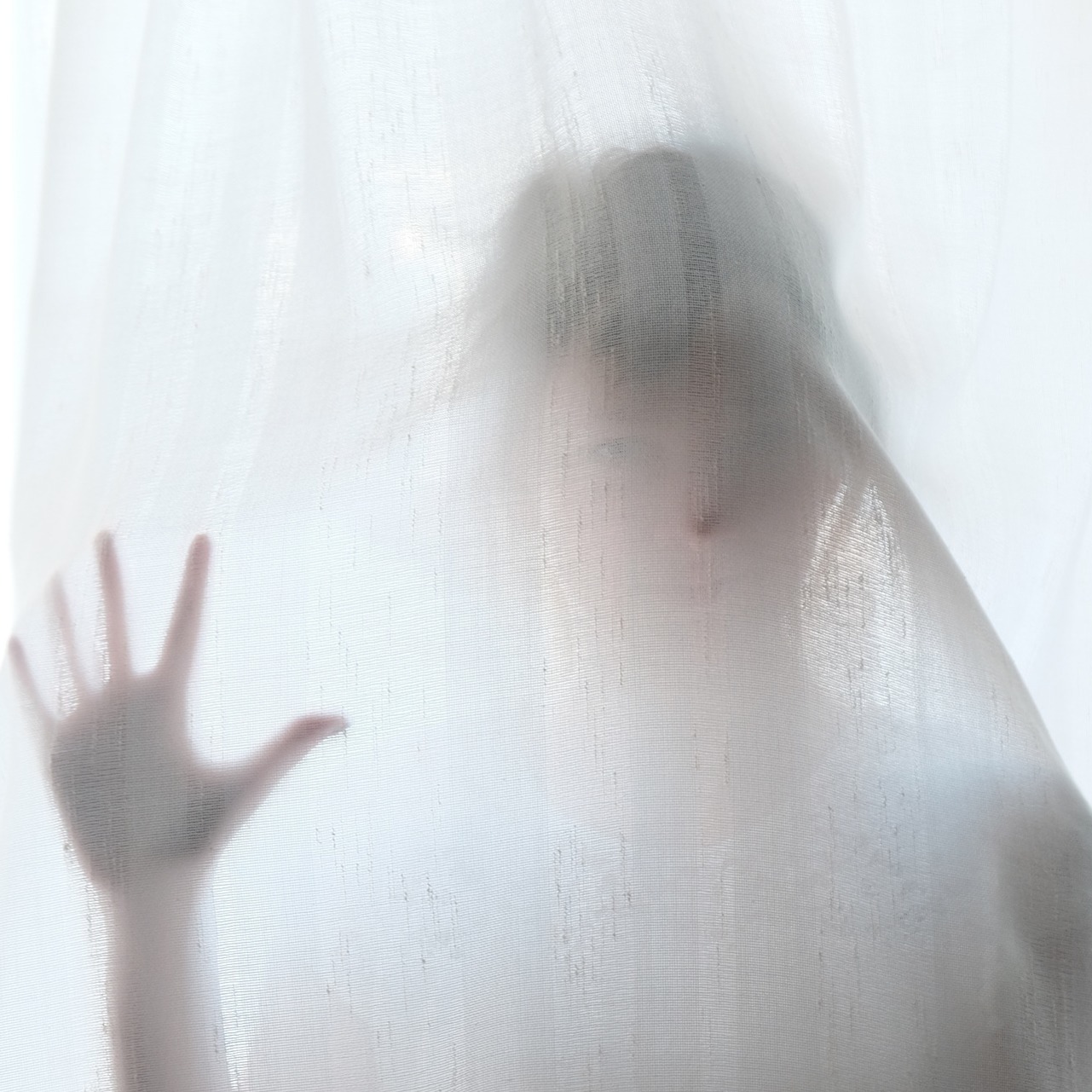 My Story of the Glitter Finials & Lost Identity

Before, what I now refer to as the dark days or “Treble F” Period (fat, fed up and frumpy) I’d been quite spontaneous, creative and experimental in all kinds of areas of my life. Confident, sassy and fun. Somewhere along the line this side of my personality had started to wane into the shadows and I’d lost a sense of who I was....

My identity had been quashed

Character property or new build? This was a choice I had to make when moving house. Having lived in a character property with all the associated upkeep, no money to pay experts to do the work and a (now ex) husband who had zero DIY skills for 14 years I chose new build. I saw it as a clean slate and the opportunity to make my mark and stamp my identity. It also had off street parking spaces and more than one bathroom. (These were high on my priorities list.)
Moving into a new build you are faced with an empty, magnolia shell. We had to buy new curtain poles/blinds for each of the windows. Imagine my delight, when in Homebase, I discovered mix and match sets that had a glitter finial option!!! (A finial is the fancy end knob bit that screws into the pole.)However, my husband thought they would be “too much”. I think it’s telling of how much of my identity had been quashed by this time as I don’t recall arguing his point and we ended up with the plain version.
He was a lot more conservative and cautious in many of his ways than me, worried about what people might think and fearful of change. These traits seemed to have brushed off on me...
Why am I telling you this?
Thankfully, I came out of the other side of the “Treble F” days, found myself again with knobs on and having been there, is now a powerful part of my story that resonates with some of the women I work with. They like that I have compassion and can understand their fears.

Why you make mistakes with colour & style

Some of the women I work with are excited but nervous at the same time once they’ve decided to work with me. Here is a selection of some reservations they’ve disclosed. I’m sure there are more I haven’t heard yet.
I should know how to dress myself by now...
One of the main reasons why people don’t reach out for help with style is because they assume as an adult woman, they should be able to do it themselves. Some have even had their colours and style done before and still they are making mistakes with their purchases.
Let me tell you why this happens.
Most image professionals start their style training with a manual with to work out the best style and colour for you and although it helps and can give an initial boost of confidence, over time that confidence can wane because you don’t understand why it works.
This is where my background in lecturing, textiles/fashion design and colour have given me an advantage.
What I promise is that when you work with me you will go much deeper. You will get to really know yourself and what works for you. You will change how you think when you look in the mirror and will learn to be kinder to yourself and make informed choices.

I feel guilty about spending money on myself.
It would be easy for me to tell you that you ARE worth it but it is up to you to believe it. I know how hard it can be to take that leap and invest in yourself – I’ve been there.
Think about who will benefit from you being happier and more confident in yourself not just in the way you dress? What do you stand to gain from investing the money and then the ripple effect this will have on other areas of your life?
Also, tot up how much money you have spent over the years on clothes that have ended up unworn and gone to the charity shop eventually. What will it save you when this behaviour stops?

Is it vain to think about how you look?

It feels vain.
It may go against the grain to be thinking about how you look, that’s ok because working with me is not just about what’s on the outside. It’s as much about how you feel on the inside too. My work is more about compassion than fashion. You will be disappointed if you are expecting lots of talk around the latest trends and who wore what at the Oscars – that’s just not my area of interest.
It might seem frivolous and shallow to my family/friends/colleagues.
Often worrying about what others think is part of the reason we have lost sight of our identity and style in the first place. You will learn to do what works for you regardless of what other’s think.
I’d be loath to ditch colours and clothes I love if you tell me, they don’t suit me.
My work is all about helping you look and FEEL good. I don’t actually ‘tell’ anything. I will, however, teach you to understand why things feel right so you can make informed decisions.
In my experience it is unlikely that everything in your wardrobe is wrong and it is more likely that the way they are being put together is the issue. My way of working is much more about encouraging and guiding you to make choices that feel right for you rather than dictating rules

Most of my clients come to me because they've got to a point in their lives where they have faced up to the fact that they can’t do it on their own and need a helping hand. They’ve been trying. They’ve read the books and the blogs, the magazines; they’ve watched the YouTube videos and followed the bloggers on Instagram. They’ve seen loads of ideas but mostly of things that are not quite right for them.
They each have different ‘final straw’ moments that have made them bite the bullet and value themselves enough to make the call. For some it’s been business related, they recognise that to step up in their career they need to be more visible. For others it’s more to do with self-worth and putting themselves first for a change.
Oh, and to pick up where I’m at with home décor with my fabulous soulmate husband #2 who shares my taste so much more– we now have glitter curtain poles!
Tagged as: Confidence, Love Yourself
Share this post: