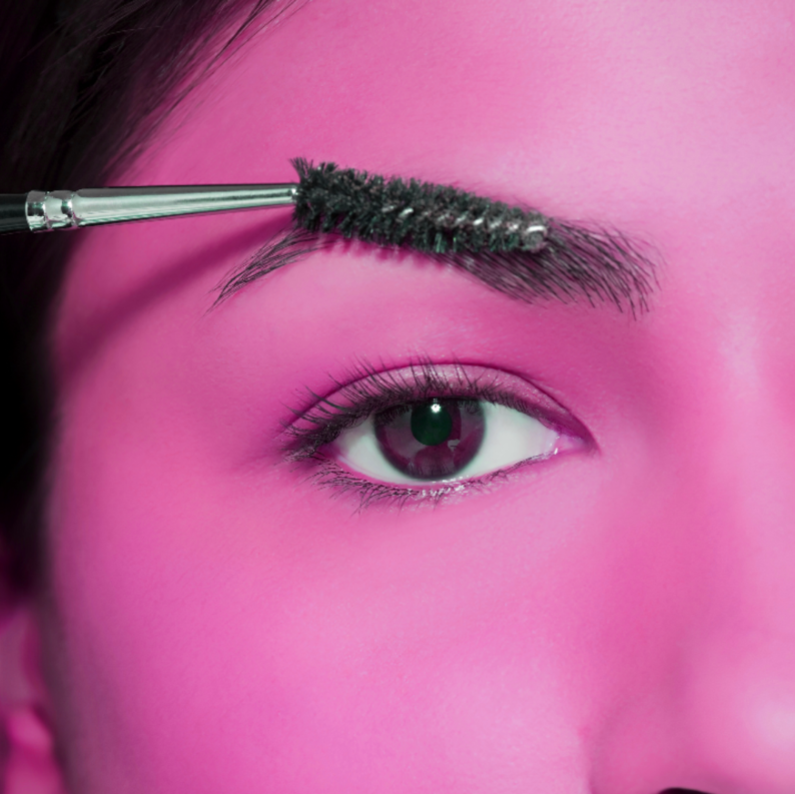 How to Get Good Eyebrows

Denis Healey, Frida Kahlo, Donna Summer in the height of disco fever in the 70’s or somewhere in between? What are your eyebrows like?
I draw my eyebrows on. I think without them I look a bit odd and unfinished. To me, they frame my face and I’m quite expressive with them. They’re like facial punctuation. Eyebrows have become massive in the make-up world over the past few years.
Of course, you may not be in the slightest bit bothered by your eyebrows which is absolutely fine. I, however, think that they frame your face and can make a massive difference to how you look. They are also an indicator of emotion in many facial expressions.

There are whole salons dedicated to the ‘brow and so many eyebrow specific products on the market it can be a bit of a minefield. Long gone are the days you bought a pencil and be done with it. If you want to learn about my tips for eyebrows read on.
Left natural, my eyebrows are an indicator of my age. Why is this? You may also be in the same boat – many of us are.
Eyebrows have their own styles and follow trends in fashion -I have rigorously over plucked them in the past and they have just simply stopped growing. I get the odd stragglers that need plucking out, but they are distinctly lacking in length.

The outer third of my eyebrows just don’t grow any more this can be an age thing You can buy serums to stimulate follicles to help them grow apparently but I’ve not looked into them. (Apparently, this can also be an indicator of thyroid issues – not in my case though.)
Therefore, my pale insignificant eyebrows hark back to days when it was fashionable to have them relatively thin, this in turn gives away my age. Have a look around, there will be women with sparse over plucked eyebrows and they will probably be in their 50’s.
Another eyebrow age giveaway is the fact that they start to grow longer and sometimes coarser! (Possibly with the odd grey one sneaking in.) If this is happening to you, you might want to think about getting them trimmed with a pair of nail scissors next time you are having a tidy up with the tweezers. Brush them upwards first and notice how long they are – you might be surprised.
You may well have noticed the current trend for thick, dark eyebrows amongst the youngsters... I’m not suggesting that we should go as far as they do but you might want to think about reviewing and updating your look to be more current.

Eyebrow fashions have changed over the years – like everything else to do with appearance they follow trends
In Ancient Egypt darkened arched eyebrows were revered – think Nefertiti. In the middle ages foreheads were seen to be an indicator of beauty and many women removed their brows and eyelashes to emphasise their foreheads. In the Victorian era women who wore obvious make up were seen to have loose morals, so it became the fashion for the well to do to have bushy untamed brows.
Once people started to go to the cinema it became the norm to emulate the women seen on the golden screen. Louise Brooks relied on her eyebrows and kohl to define her eyes in the era of silent movies. Clara Bow was famous for her extensively plucked brows, as was Marlene Dietrich during the 1930’s. Lauren Bacall made the thicker, more arched brow fashionable in the 40’s and then in the 50’s they were accentuated and made much darker a la Elizabeth Taylor.
The 60’s and 70’s brought untamed hippy brows or ultra-thin arched brows that were plucked really high to show off as much shimmery blue eyeshadow as possible. As with all fashion things go in circles – we went from the disco era to the Brooke Shields bushiness in the 80’s, back to thin arches in the 90’s – think Pamela Anderson and Kate Moss. And now here we are again – thick is back, but this time it’s neater and impeccably groomed.
Instagram would have you thinking an ombre effect is the favoured way and, as a woman of a certain age, I don’t want to look dated but on the other hand I don’t want to look like my eyebrows have been sponsored by Nike either.

How to do Eyebrows

So where do you start? There are so many products on the market you could go into overwhelm.
You might prefer a pencil, there are even brow mascaras and stencils, you can have them tattooed, micro bladed, dyed at home or in a salon. I use a two-phase product – step one is a coloured, waxy product and step two is a powder that sets it. It’s all about personal preference. The most important thing if you want them to look natural is to get the colour right.
As far as shaping is concerned you can get them waxed or threaded professionally if you don’t like to pluck them yourself. There are even little removal strip things (that are like ripping off plasters) that you can buy.

Where Should Eyebrows End?

Follow the shape of your natural brow line – it will be arched, an arc or straight. If you veer too far away from your natural shape it can make your face look ‘wrong’. It’s important not to overextend the ‘tail’ too low as that can make your eyes looked tired and droopy – who wants that?
I’ve had mine waxed once or twice but personally prefer threading or plucking. I can’t see how putting hot wax and ripping out hair from the delicate skin around your eyes can be very good – the elasticity has left the skin around my eyes as it is, I don’t want to stretch the skin further and make it even more baggy.

Eyebrow Mistakes and How to Avoid Them

Finally remember that your eyebrows are sisters not twins – most of us do not have perfectly symmetrical brows, so don’t think you are odd if they don’t match 100%. It is quite easy to do one side then not be able to get the other side to match – be careful of the stool leg effect. Rest your elbow on the table. Start with the ‘weaker’ side first and keep changing sides regularly so you don’t overdo one side.

I’ve attached a video to show you how I do mine and how to do ‘brow mapping’ so you get the shape looking natural for your face.
Tagged as: How to...
Share this post: